Juggling different roles, the Sufi folk singer from Kashmir talks about the inspiration behind this music

Juggling different roles, the Sufi folk singer from Kashmir talks about the inspiration behind this music

It’s been a crazy week for Aabha Hanjura. The Sufi folk singer, composer and songwriter from Kashmir has fallen ill. Her 15-month-old daughter, Sitara, and her parents followed suit. In addition, there was also the release of his song. “Music helped me navigate,” she says over the phone from Bengaluru. After a two-year hiatus, Aabha is back on the block with an unplugged acoustic EP Folkloric sessions on sufficiency with a bunch of multilingual songs reflecting folk music from different parts of North India. Two songs – ‘Sahibo’, a Kashmiri prayer, and a lively Punjabi number ‘Kaale rang da paranda’, which have been released, have mixed influences.

The idea behind releasing singles instead of an entire album is to ensure that “songs in different languages ​​have space to breathe and don’t get lost.”


Unlike his first EP, The sound of Kashmir, marked by heavy sounds, the new EP is minimalistic so people can focus on the beauty and simplicity of the song. “In the Punjabi people they are called kisses, a narrator. Folk is also about telling simple stories. The EP has a cheerful folk-pop vibe and the sound with an emphasis on minimalism reflects his state of mind as a person and an artist.

Aabha worked on Folk sessions during the pandemic and the music video was recorded while she was pregnant. It came as a “reclamation of self at a time when the pandemic has halted a lot of work for artists.” 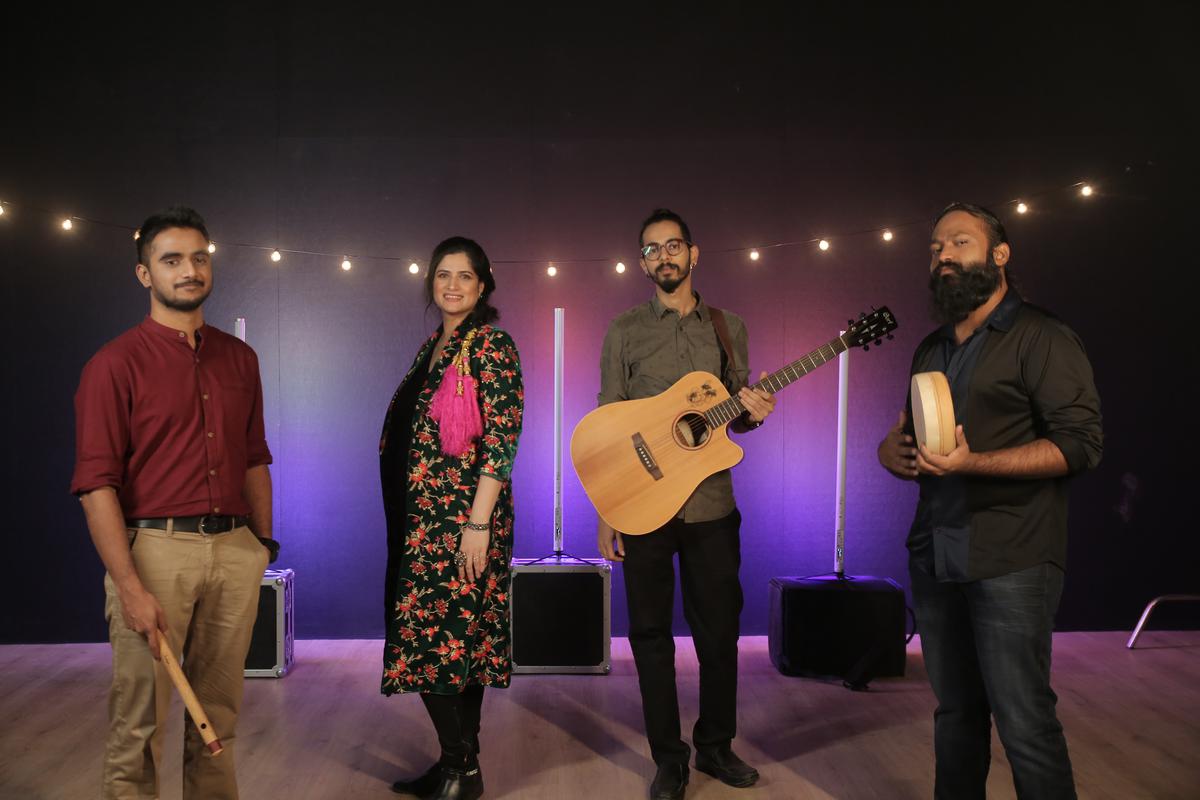 Launching the EP with ‘Sahebo’ in Kashmir was fitting because people had been through a lot. “I was coming out of music after two years and it was also an uncertain phase because the pandemic brought so much anxiety. Everyone needs a little divine happiness, hope and positivity.

Born in Kashmir and raised in Jammu, although she worked in Mumbai and lived in Bangalore, she has a huge Punjabi dogri influence. As someone who set out to make music that celebrates Kashmir and its roots, was she successful on this journey? “It’s still a question that haunts me.”

At a time when she was leaving a corporate career and looking for inspiration and purpose for her music, she found it in Kashmir when she visited in 2013. Back then, when Aabha started her musical journey, there was no other Kashmiri singer. . She felt that the language and region were heavily underrepresented in the mainstream. She recalls: “That visit was cathartic. I realized there was so much pain all around; it needs to be channeled into something meaningful so that a positive dialogue around Kashmir can begin.

Some of the numbers ‘Huckus Buckus’, ‘Joshwaala, Khoobsurat Roshewalla’ , launched after this visit seemed to reinvent Kashmir as a language.

A decade in the industry this year, Aabha is determined to surprise audiences with her diverse showcase which includes a Hindi original, her own songwriting and a few collaborations.


She juggles between her music and her role as a young mother where everything is in the air. She was shocked to realize how disciplined she had become. For someone who never followed a structured life, his life now revolves around his daughter’s routine.

She says, “It (motherhood) is also like a skill because it turns a person into a person who can do better than what they were doing before. I don’t want to glorify motherhood because everything becomes 10 times harder. Becoming a mom has made me a much better person and I wouldn’t want it to be any other way. Everyone says it and you only realize it when you go through it.

As a Kashmiri Pandit, Aabha is pained by the way people pass judgment without bothering to research such a complex issue. “People talk about terrorism or tourism when they talk about Kashmir. You should also pay attention to its rich culture.

The singer tries to create a positive dialogue through music. “It would be great if people had more empathy towards Kashmiris, which includes both Kashmiri Pandits and the Kashmiri Muslim community. Unfortunately, people like to take sides when it comes to this issue. The way forward is to have a meaningful dialogue about the root causes, how we address them, and not make people the enemy of a community.